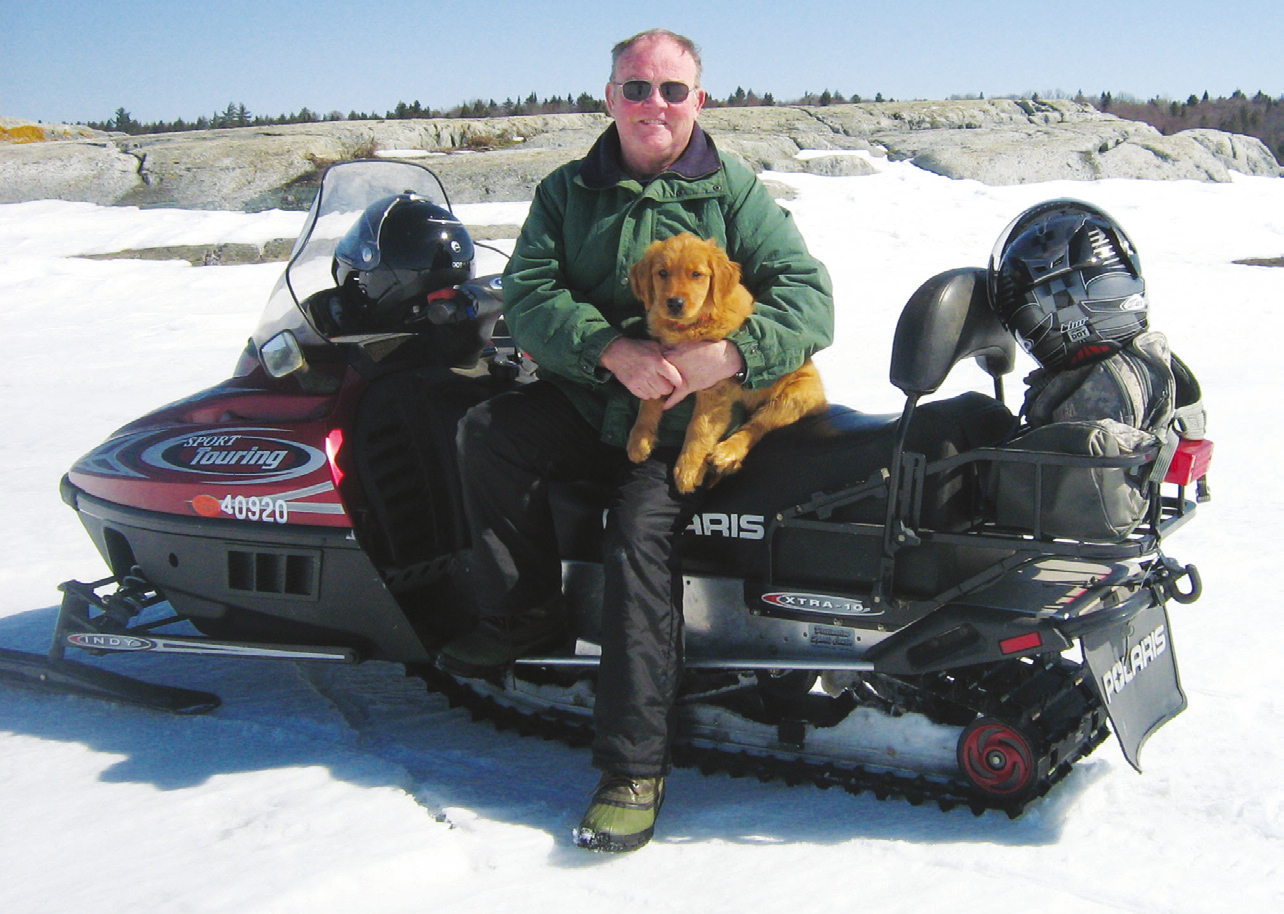 Tim is a Maine author who worked for the Department of Conservation for thirty-two years. During that career he was the manager of Aroostook and Cobscook Bay State Parks and spent eighteen years as Regional Supervisor of the Allagash Region. In 1999, Tim retired from state service and began a second career in the Millinocket school system, where he worked for five years.
Tim currently lives in Millinocket with his wife, Susan, and Sandy, their golden retriever. Tim has written ten books about the north woods, one of which, An Allagash Haunting, has been made into a stage play and adapted into an “over the air” radio broadcast.
Tim and Susan have been invited to speak about their books and experiences at countless schools, libraries, retirement communities, and colleges throughout New England. And through their “New England Reads” program the couple encourages others to read and explore our spectacular natural world.