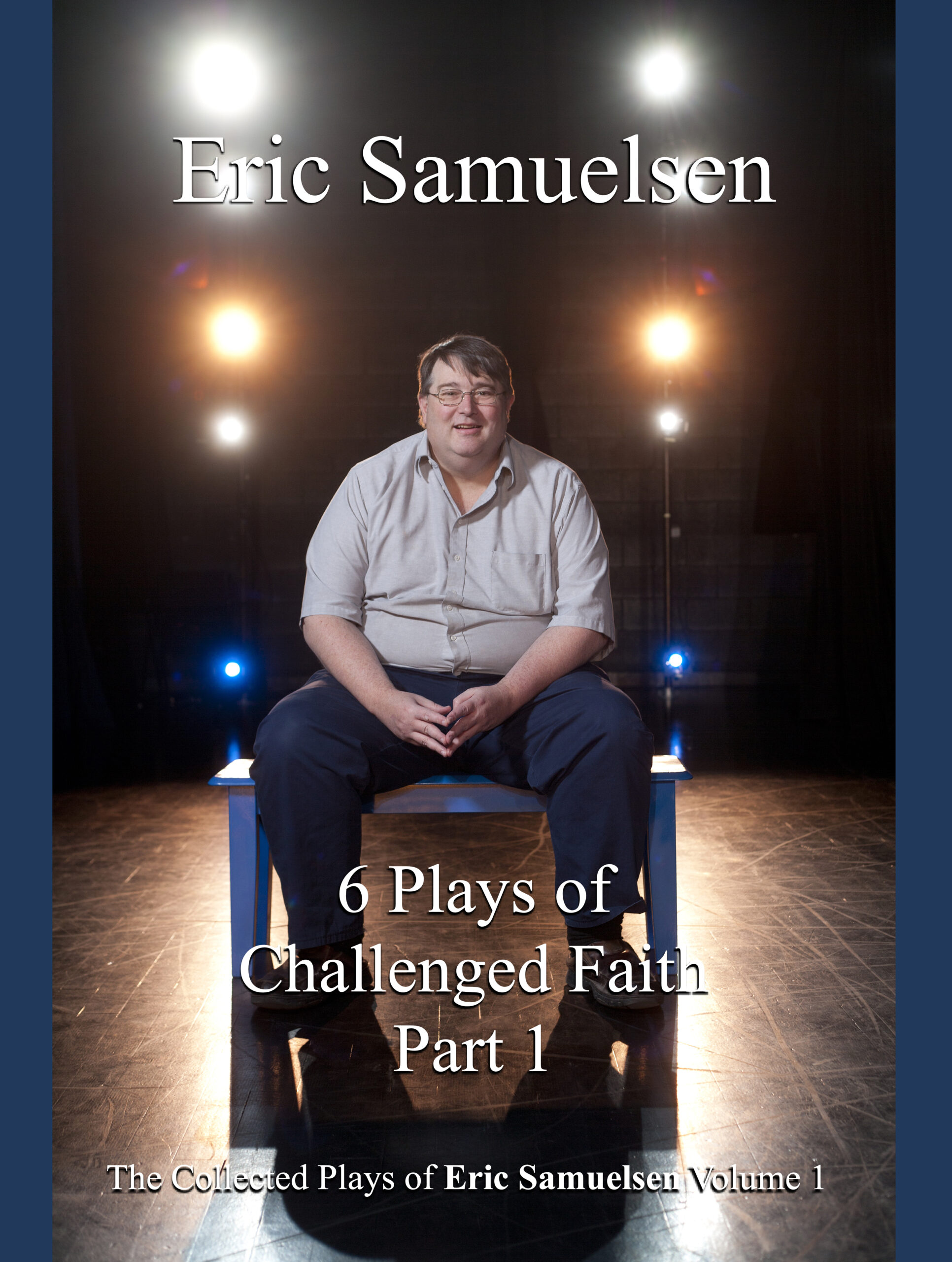 Eric Samuelsen’s playwrighting career has spanned 40 years and produced a body of work almost unparalleled in modern theatre. More than 80 plays, short plays, including a musical or two, and an opera libretto.

He has been produced across the nation. His work remains in your heart and mind long after the lights go down or the book closes.

Eric’s body of work is deserving of attention. He had a knack, an insight, a talent for capturing the essence of a character in dialog. His plays are compelling, thought-provoking. After you have participated in an Eric Samuelsen play, you know that you have been touched, changed, enlivened, taught, entertained — that you, somehow, will no longer be the incomplete person you were, but are moving steadily through further exposure, towards becoming that whole and more complete person that somehow you were intended to be.

This is accomplished whether you have laughed heartily, or cried drippingly, or have had your heart enlarged, like the grinch you didn’t know you were.

Available for Pre-Orders — Shipping on or before February 15, 2021

All books, CDs, DVDs, products, titles and their information are © 2011-2021 by Michael Perry Productions ALL RIGHTS RESERVED