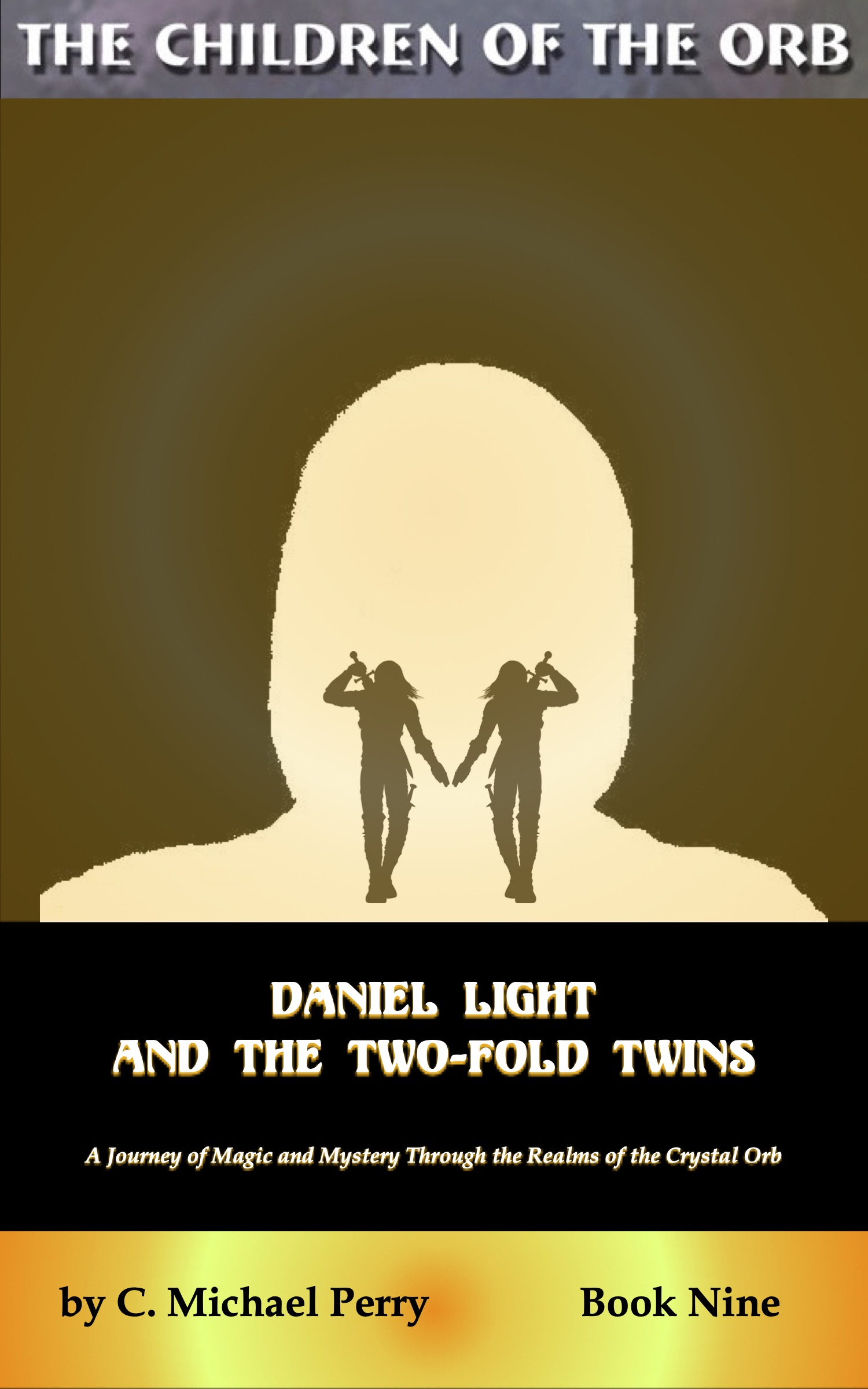 ABOUT BOOK NINE: DANIEL LIGHT AND THE TWO-FOLD TWINS
What if you were not as grown up as you thought you were?
Cousins to our twin heroes of The Brotherhood of the Burning Branch, Prince Sergei and Princess Kaelar — themselves possessing a twin brother/sister — are given their own simultaneous quests regarding the eternal struggle against the Dark. But their personal honor, not being what it should be, soon precipitates the kidnapping and near death of Kaelar’s younger brother Kaelon. Their quest, interrupted by a mission to save the young Prince of Aradon, becomes the focus of growth, of duty, and of honor and personal integrity as they battle a powerful Dark being for the possession of their brother-cousin’s soul.