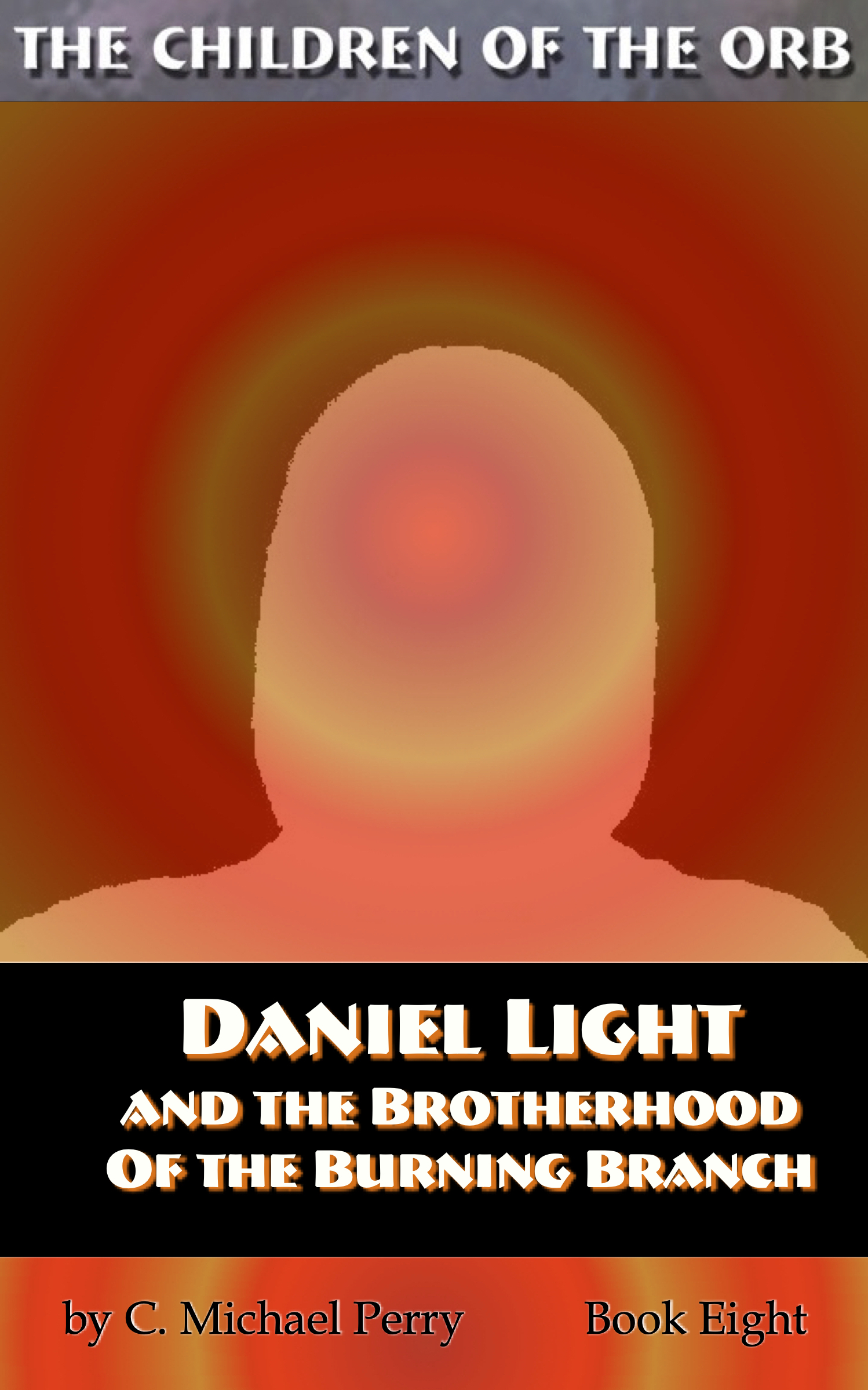 ABOUT BOOK EIGHT: DANIEL LIGHT AND THE BROTHERHOOD OF THE BURNING BRANCH
What if even the Creators had not predicted correctly?
The first set of twins to be born to a royal family of the Realms of the Crystal Orb, Balador, become the heroes in this tale of adventure and mystery as separate quests for their initiation into manhood are required of these two brother who have never been separate in deed or in heart. The Darkness is encroaching again on so many fronts that this second generation is being called upon to do what the first generation could not. People are under a spell of near death. Citizens are dying. Darkness is threatening to cover the land once again. But Ernst, and Friedrich are enlisted to defeat this new intrusion of old enemies.