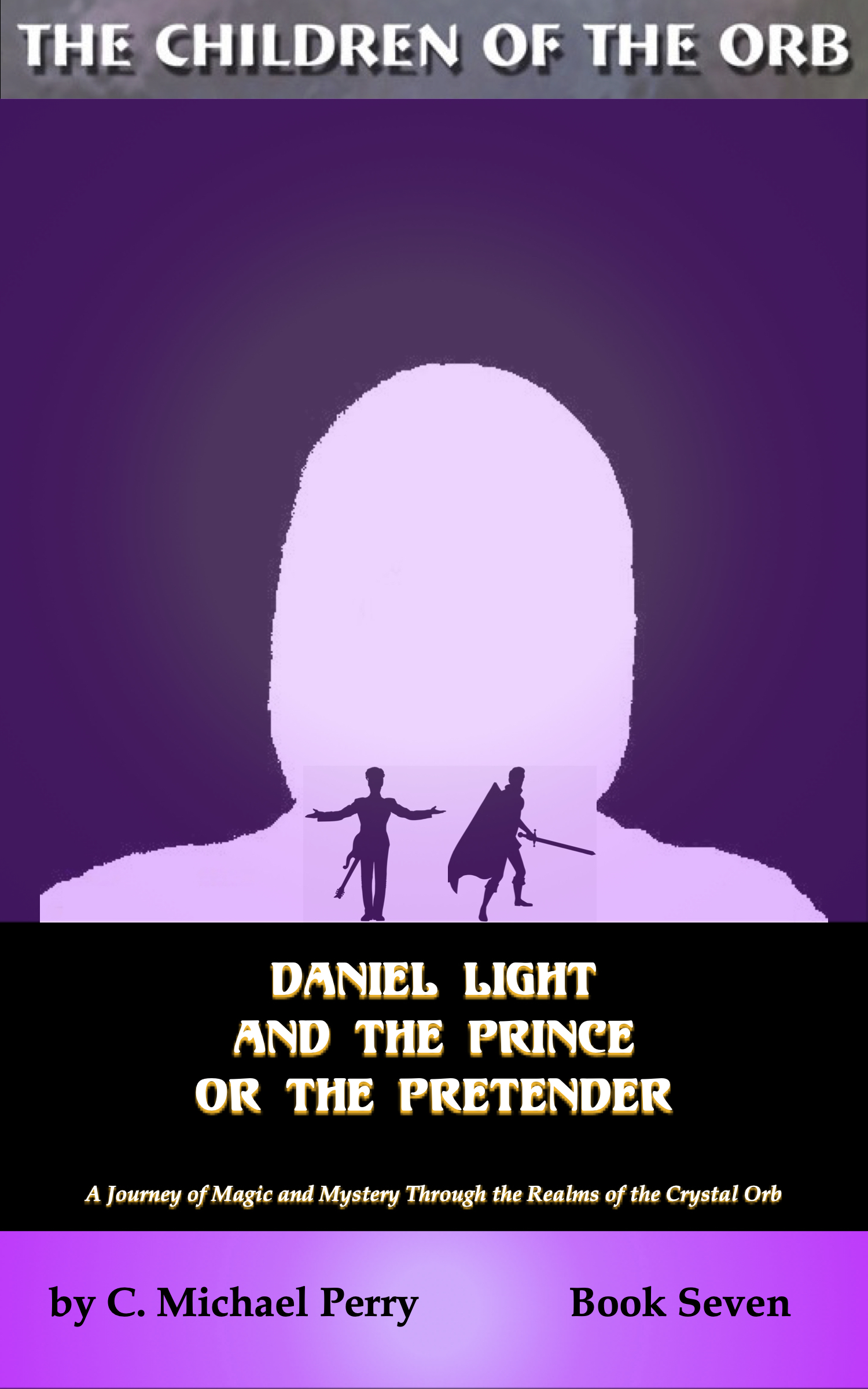 ABOUT BOOK SEVEN: DANIEL LIGHT AND THE PRINCE OR THE PRETENDER
What if your worst enemy turned out to be your brother?
Two boys, raised separately by different mothers, both sons of the same Darkly magical father, vie for supremacy in a world again growing suspicious and untrusting of any magic – Dark or Light––and those who wield it.
Keradoc, Prince of the Dark, and Baladar, Prince of Light, search for their identities on opposing sides of the titanic struggle emerging in the Realms of the Crystal Orb. Mentors on each side train and guide their prodigies to reach their full potential. Are they fated to meet and destroy each other? Will only one survive?
In a world where magical saviors have grown almost commonplace, the struggle against the Dark still continues. Regimes have arisen and fallen; Kingdoms have allied themselves with the Circle of Light; which usurpers have, so far, failed to eradicate.. Prophecies have been made and fulfilled. Power has been acquired. Now the time for the Dark Prophecy has come. A Prophecy rumored to tip the balance of power toward the Dark and its eternal Creator – Pan Alta. The two Princes of Light and Dark must face each other and their destinies. Which is the Prince? Which is the Pretender? Will defeat come from without or from within the Realms as a result of the Dark Prophecy?