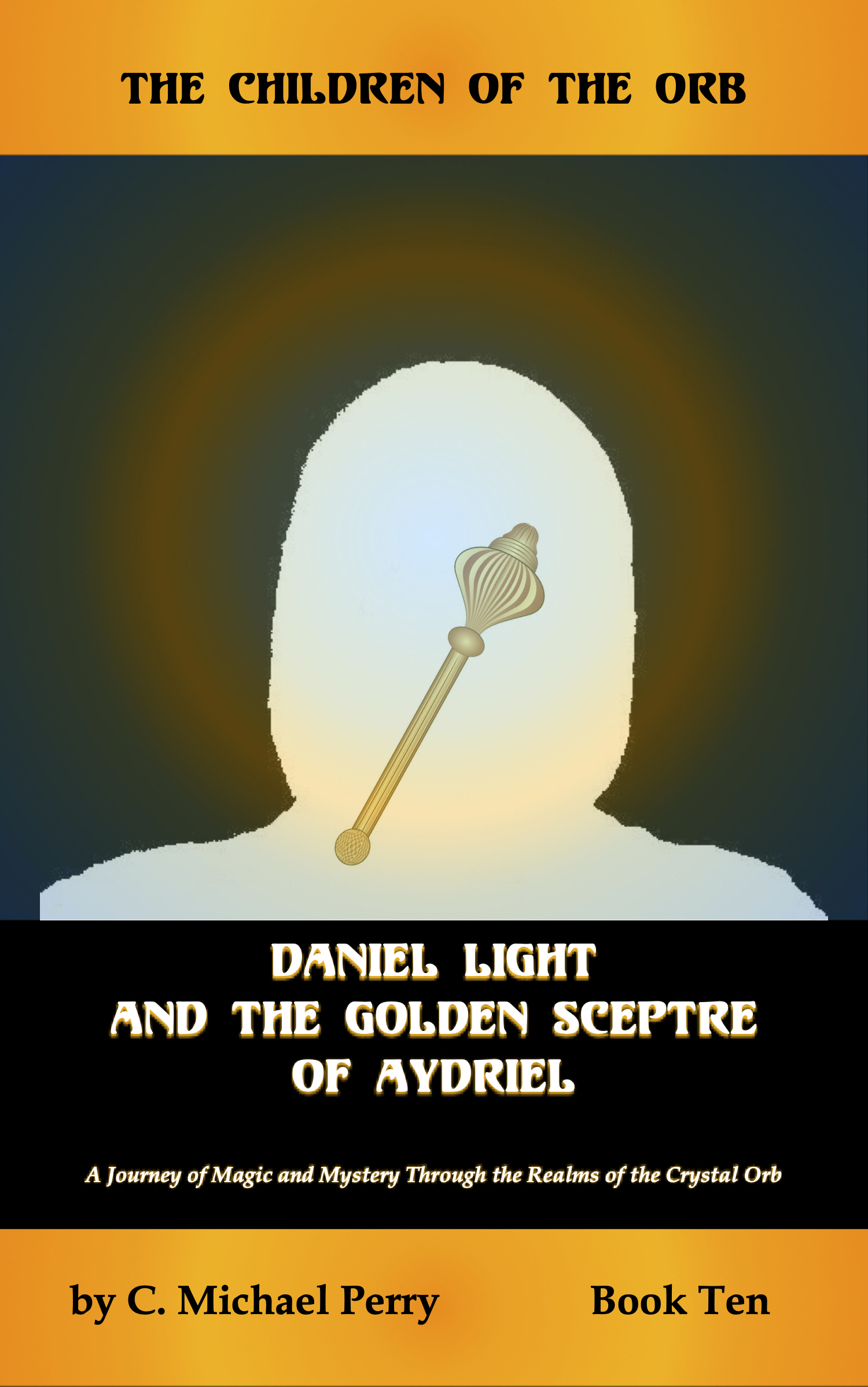 ABOUT BOOK TEN: Daniel Light AND THE GOLDEN SCEPTRE of AYDRIEL
Where does courage truly lie?
The King of the Golden Mountain is found to be a threat to the Light and all it stands for. His Darkness has captured three of the Princess of the Realm of Caladon. This is the story of the third generation of Realmic heroes who step forward on thequest to rescure the princesses of Caladon: Aydriel, a Prince of Zanadon; Fandomir, The Captain of the Guards of Caladon; and Aralad, champion Archer and Huntsman of Panador. Aydriel give aid to a Gnome of the woods where the other three will not and the Gnome gives aid to the Quest of the three in the form of information and the solution of three riddles that they will be presented. For it is discovered that Hopmeer, the gnome, has escaped his imprisonment as a servant to the Dark King of the Golden Mountain. All goes well until the third princess cannot be rescued. An old enemy surfaces and the young men are threatened with utter destruction unless they can call upon some magical powers that none of them seem to possess.