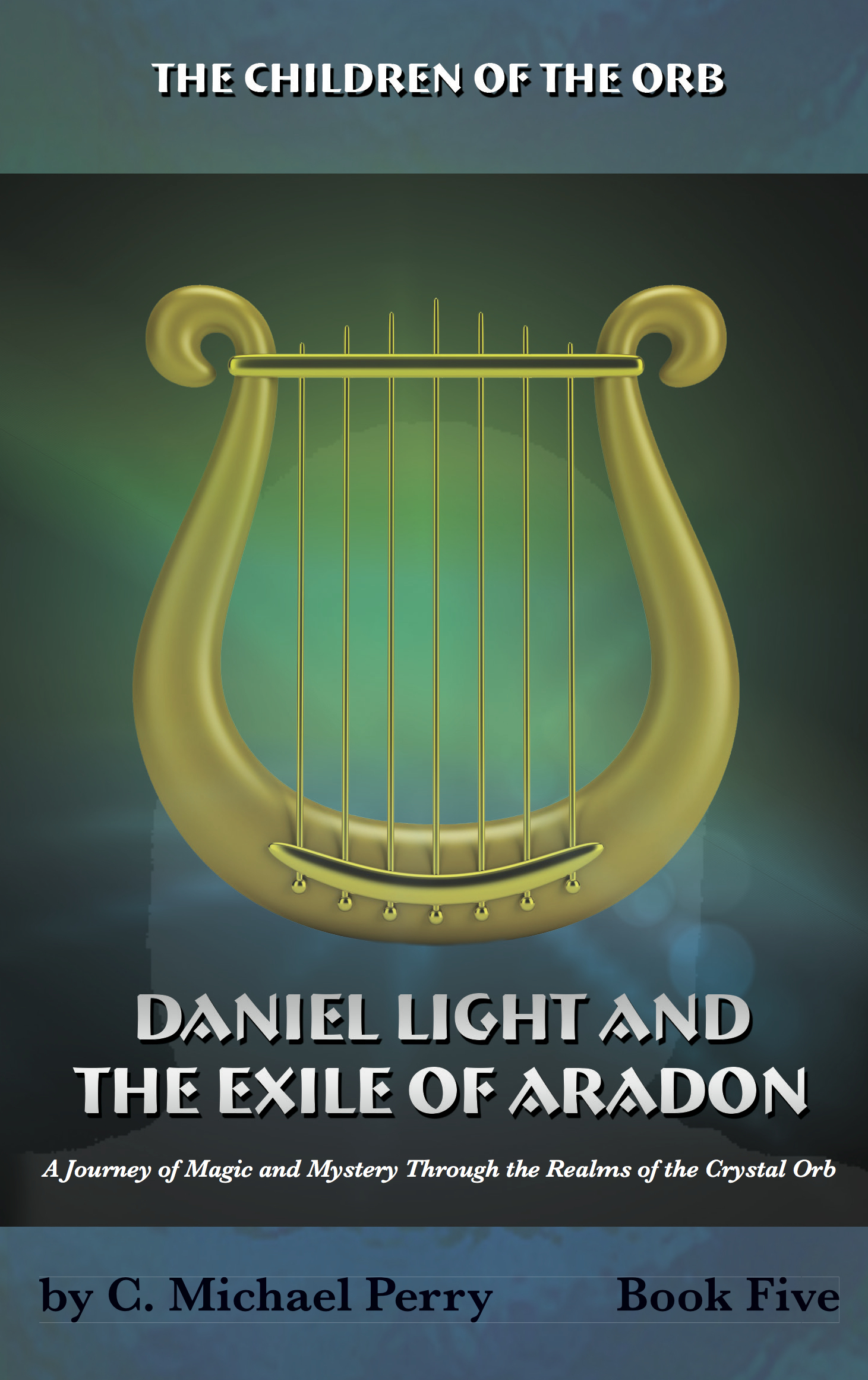 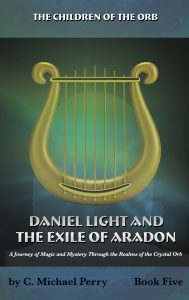 ABOUT BOOK FIVE: Daniel Light and the EXILE OF ARADON

What if the person you came to care for most was the only one who stood between you and what you wanted most?

The conquest for the eradication of the Dark has been taken up by the second generation. Daniel’s children, and the children of his associates are now embroiled in the great quest to rid the Realms of the Darkness. Daniel’s eighteen-year-old daughter, Caelith, is on a quest: to distance herself from the ways of her father. On this quest she meets an outcast, a slightly younger man near her own age, who is magically prevented from going home. Together they form a union and Caelith is slowly turned back to the life, and politics and cause of her father, Daniel Gregoryson: The Prophecy. And also to securing the return of her companion, Evermon, to his homeland. But not before she is called upon to endure the trials that the Dark has in store for her friend and herself. A Kingdom in peril would fall to the youngest of three brothers, as the older Princes are off on quests of their own. The new Queen, the King’s second wife, has other plans; promoting the rise of her own, foreign-born son to the Kingship. Unknown to the Queen, the Queen she replaced is being sought for secretly; as is the true identity of the new Queen. There is something not quite right about her. The Princess of Mirador, Daniel’s daughter, self-exiled, seeks freedom from her impending royal responsibilities – for she is to be Queen there. Will it be exile for one Prince of Aradon, or will all three face replacement and banishment by an insanely jealous Queen?

ABOUT THE SERIES: THE CHILDREN OF THE ORB
A long time ago on a planet far away there lived The Race of Enchanters, beings of Light. As is ever the situation when Light is present, so, also, is Darkness. These Sorcerors, close kin to the Enchanters, seek to influence and destroy all that had been protected and created by the Light. Other magical beings and creatures inhabit these realms and are torn and divided by this constant battle between Light and Dark; events and prophecies are ignored by the Light, The Dark, and the neutral; allegiances change and shift; power over all being the end result, for some. Then comes word of The Prophecy of Light: a being to come in the median of time to lead the Forces of Light to victory. Thus the stage is set in Colabos for Daniel Light and the Children of the Orb.

The stories of Two Black Birds and The Waters Of Life (Brothers Grimm) loosely provide a basic framework on which to hang this re-imagined tale about The Children Of The Orb, which also alludes to the origin of the stories we know and love on Planet Earth as having possibly come from beyond our own Earthly experience.

Preview of the First Chapter:

If you are a bookstore or other reseller and wish to carry this title, or special order a copy for a special customer, contact us by email for a quote on Library and wholesale prices. We will then send you a PayPal invoice. Do not order from this page. Full discounts and return policy.